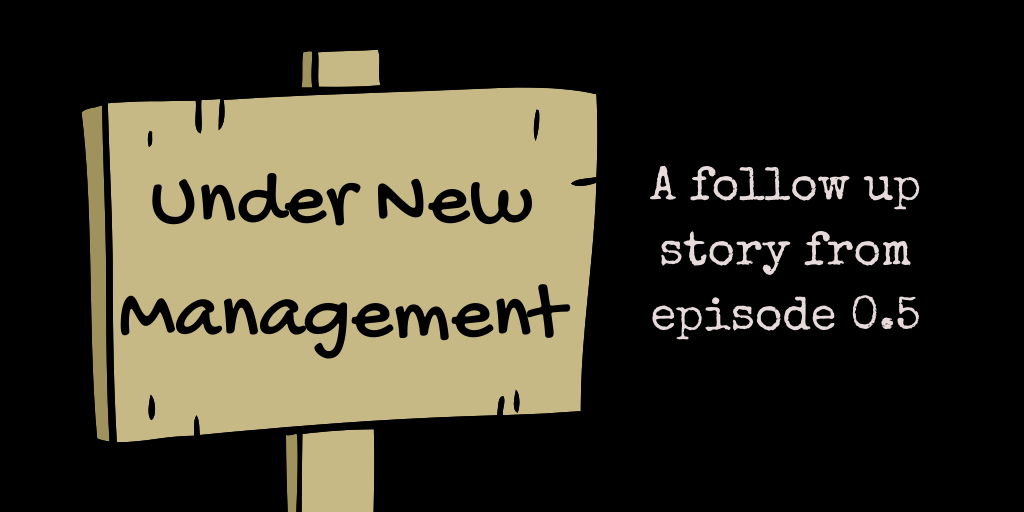 If you haven’t read episode 0.5 ‘Troll Hunter: Witch for Hire’ I highly suggest you do so. You can get your free copy by subscribing to my newsletter here.

But if you’re all set… keep scrolling.

Gretchen stepped into The Salt and Bog, admiring the clean floors as she pulled up a stool​ at the bar. Patrons sat chattering quietly at tables, and a gnome was tending the fire in the wide stone hearth. Jurgen’s attention was fixed to the back wall where he was tapping nails into a poster and Gretchen cleared her throat.

“Nice establishment you have here. What happened to The Salt and Bog?”

Jurgen swung around with a nail hanging out his mouth, his fangs exposed in a rictus. As a troll, he didn’t look like the friendliest barkeeper, but Gretchen couldn’t fault his operation.

“Very funny.” He turned to tap in the last nail and stepped back with his fists planted on his hips. “There.”

Gretchen craned her neck to see around his bulk and smothered a giggle.

“You, ah, know…” Gretchen’s mouth twisted in a wry smile, “most of the guys in here can’t read?”

Jurgen snarled and dropped the hammer on the bar with a thump. The tavern went dead quiet and Gretchen swiveled to enjoy the sight of a room full of brawlers and misfits stare at the bar with their eyes wide.

“If they can’t read it, they’ll learn to recite it.” He reached under the bar and thumped a bottle of brandy in front of her. “And don’t you go thinking you’re above the rules, either.”

Gretchen gave him a mock salute and chuckled.

“Whatever you say, barkeep. Old Tomas would be proud of you.”

I hope you enjoyed this snippet

And here’s hoping Jurgen can keep the crowd in line for the long term. If you’re hankering for the next installment of Gretchen’s (Mis)Adventures make sure you have your copy of episode one, ‘The Damsel Gauntlet’ on pre-order over at Amazon here.